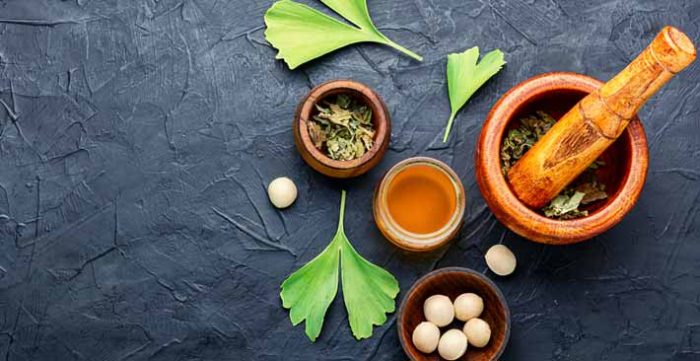 Where Ginkgo Comes From and What it is Made of

The herb ginkgo comes from the tree ginkgo biloba, which is one of the oldest living tree species. A single ginkgo biloba tree can live as long a 1,000 years. Modern ginkgo supplements are prepared from the dried leaves of the ginkgo tree and are very concentrated.

The two parts of the ginkgo plant that give it its curative properties are flavonoids and terpenoids. Flavonoids are plant based antioxidants that protect the nerves, heart muscle, and blood vessels from damage. Terpenoids are responsible for improving blood flow by dilating blood vessels and making platelets less sticky.

Side Effects of Ginkgo

Contrary to popular belief, certain studies have found that ginkgo biloba does no decrease the risk of dementia in elderly adults. More research needs to be done in order to determine how helpful ginkgo really is for older people. There has been evidence that ginkgo does not help people suffering from tinnitus (ringing of the ears).

There have been some reports of bleeding caused by taking ginkgo biloba due to its anticoagulation properties. People who are undergoing surgery, who have hemophilia, or who plan on having oral surgery should not take ginkgo. This herb should not be taken for longer them three months.

Ginkgo biloba is an herb that has been in use for thousands of years. It is used to treat mental problems such as Alzheimer’s, dementia, and memory loss. It increases blood flow to certain parts of the body and in some cases has caused bleeding and should not be used by people who have had or will have surgery.