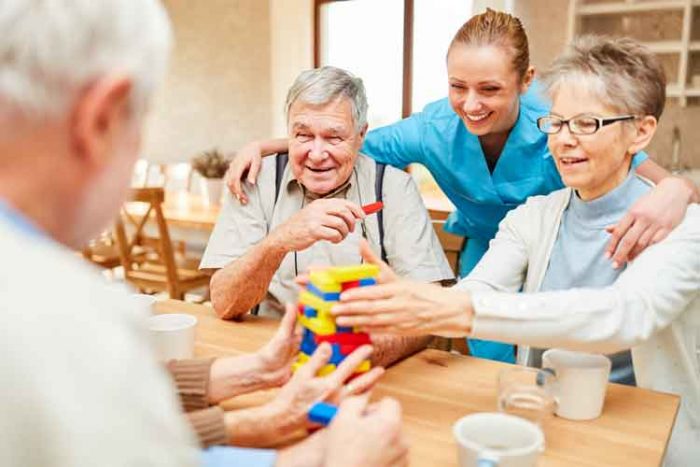 On Thur. Aug. 26, 2010 a Canadian health watchdog, The Canadian Institute for Health Information (CIHI) released two studies that indicated one in six people contributing to the care of seniors are not coping well with doing so. One study centered around ‘informal care’ and the other around care for those with Alzheimer’s and other dementia.

The studies were on Canadian seniors and their caregivers only but the results may be indicative of similar issues in the U.S. and other countries.

On their website the CIHI says of the first study, Supporting Informal Caregivers—The Heart of Home Care that they included over 130,000 seniors 65 or older and that many of those who were part of the study had health issues they described as “complex”. All of those in the study receive publicly funded long-term home care view website.

A huge majority – 98% – of those who took part in the study also had an informal caregiver to complete their care needs, more often their spouse or an adult child, sometimes a friend and/or neighbor, CIHI says. The informal caregivers provide emotional support, daily living help such as help with transportation, medication management, shopping and personal care such as dressing, feeding and bathing.

And some of those that are providing that care – one in six – are having issues with depression and anger that can be linked to their role as caregivers. Nancy White is the manager of Home and Continuing Care Development at CIHI and she says that one reason to identify people having issues with giving informal care is to help them learn to cope instead of reaching a point where they can no longer provide support.

“Many seniors want to stay in their own homes as they get older, and having a family member or friend provide informal care helps make this possible,” White points out. “The good news is that most informal caregivers do appear to be coping well.”

The second study, Caring for Seniors With Alzheimer’s Disease and Other Forms of Dementia found that people providing support to home care seniors with cognition problems such as memory, understanding and decision-making problems were more likely to report feeling distress. The odds of a home care client having a distressed caregiver go up to three times higher if the client being cared for had severe cognitive problems such as those related to dementia like Alzheimer’s. And of all the caregivers likely to feel distress spouses had the highest likelihood.

The CIHI reports quotes Kimberly Peterson, the vice-president of Client Services with the Champlain Community Care Access Centre housed in Ottawa, Canada, and Peterson says that it “isn’t unusual” for a spouse to experience problems when they are providing care to their partner.

“This can likely be attributed to the 24-hour nature of their role, a potential lack of understanding of the changes in their spouse’s behaviour that are a result of the disease process and the fact that they may be seniors themselves,” Peterson says. “There are many strategies informal caregivers can use to help cope with distress. This includes accepting that there are events they cannot change, taking some time to do activities they enjoy and ensuring they get enough rest and sleep.”

Help for Distressed Caregivers Will Help Senior Remain at Home

White said that caregivers having stress issues related to giving care often want to continue to provide the care but need help with their distress. “While caring for a loved one can be fulfilling, it can also be quite challenging,” she points out.

“It is important to identify caregivers who are at risk of burnout, which can result in the senior being institutionalized.”