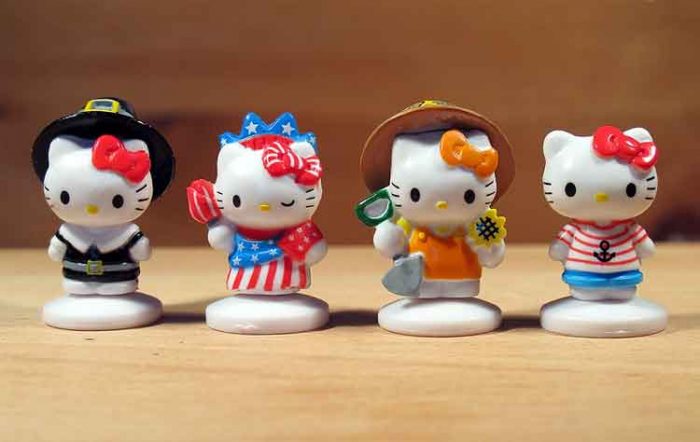 It never ceases to amaze me what cats can get into. Even “safe” toys that I have spent a small fortune for have frequently turned into miniature lethal weapons by the time one of my cats has torn it apart and chosen a few select components to play with.

Don’t think for one minute that because you spend $22 on an item in a leading and very reputable pet store that you or your pet are safe and sound. Even some of the safest toys on the market, in the paws of the right kitty, can cause problems that no one had even thought of.

And for those of us who tend to give our little fur balls things that we find around the house that they have shown an interest in, even with these best of intentions, things go wrong. Drastically wrong, click for source.

Here are some items to watch out for:

• Those innocent looking cardboard rolls that hold our paper towels. For years I would put the empty one on the floor and immediately it would be pounced on by whoever was watching. Before bed I would find the remains and throw them away. However, once when I came home, I found one of my foster kittens running around frantically with her head stuck in the tube. She was screaming, crying and so scared she had been frothing at the mouth for what could have been hours. She had been without food and water for at least four hours, while I was gone. At 2.5 pounds, this would have been a death sentence momentarily.

• Feathers! Anything with feathers is dangerous if you leave it out for them to play when they are alone. They treat these toys like birds they have just bagged. They tear, rip and shred. One night one of my older cats jumped on the bed – wild eyed. I knew he was having a problem and it took me at least 15 seconds to figure it out. He was pawing at his mouth so I held him and opened his mouth to find something pink stuck at the base of his tongue. I had to grab tweezers to get a hold of this – and pulled it out. Four inches of wet feathery material came forth. Remnants of a huge fluffy toy I had brought home two days before.

• Be careful of those rings with balls inside. You know the ones – they are round and have slits big enough for the cat to stick his paw through and push the little ball around. Of course, an older and smarter cat quickly figures out this is a waste of time, and he finds a way to chew and rip through the plastic until he actually gets the ball out. This ball is much too small to be playing with by itself, and sure enough, my cat managed to get it out and swallow it in the five minutes it took me to get a cup of coffee in the kitchen. It was only because I had recently seen a show on Animal Planet that described how to give the Heimlich maneuver to cats that he survived.

• You know they love to chew! When it comes to chewing, they will out chew a puppy or a rat at every turn. Anything thin is good. They especially love computer cords and the USB cords that recharge cell phones. I awoke one morning to find my cell phone on the floor, and the USB cord gone. However, when I cleaned the litter box – there it was. I’m not saying someone dragged it in there while he did his business. I’m saying this cord had been swallowed, digested and eliminated overnight.

• Do your cats like to climb on your keyboard? They also like to eat your keyboard. If you suddenly find an M or Q missing, chances are it’s been swallowed. This may not be a real toy, but remember that you and Fluffy have very different opinions on what’s a toy and what’s not. Watch for signs of abdominal distention and pain. I speak from experience.

• Any stuffed animal with removable eyes, tongue, collar, or even shaggy fur. They will chew off anything that has been glued on – and swallow it.

• Tiny toy mice. Cats seem to have a hard time distinguishing between real mice and fake mice. Both get the same treatment – pouncing, neck snapping, and gutting. Once the insides of one of these fake mice is spilled all over, Fluffy will do the same thing he would do to a real one – he will eat every last drop. Since this is some sort of cotton stuffing – or worse – he’s guaranteed to choke, invoke an intestinal blockage, and / or need emergency surgery. Fake mice look like fun, but supervise their play.

Sure – cats love anything that makes noise, has parts, and will hold their attention. Unfortunately, the more parts a toy has, the higher the likelihood there will be a problem. I’m not saying he can’t have the fun toys he loves. I’m saying treat him like a child – you know he’ll get into trouble with his chewing and swallowing. If you need to leave him alone during play time, make sure he only has access to toys that can’t hurt him: huge balls, kitty condos he can run up and down on, and even rope he can bat around if it’s hung from a door knob.