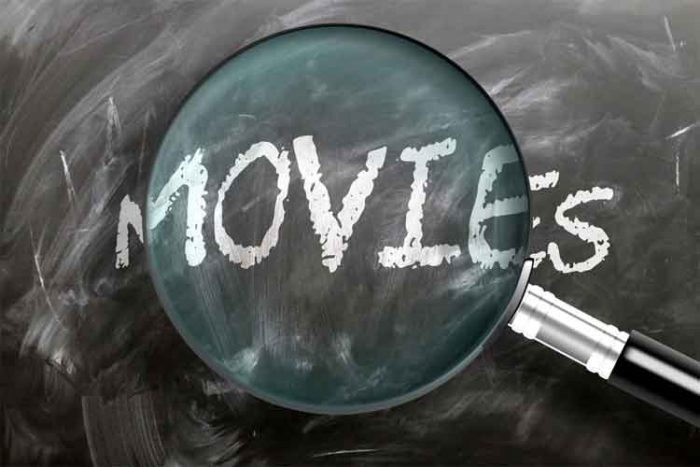 2010’s remake of The Karate Kid proves it: Have a good-looking black kid, make the music black, and give the kid a more outspoken black mom and you can expect the movie to be a better catch with the youth. But in a movie that owes its very existence to an older and better film, we must not be superficial in our judgment.

So I won’t be concerned in my review with what seemed to be worth mentioning to some critics, like that the movie should have been called “The Kung Fu Kid” since young Dre Parker (Jaden Smith) learns Kung Fu instead of Karate, or that Mr. Han (Jackie Chan) doesn’t look good with facial hair. But some things we just can’t ignore, like Dre’s hairstyle.

Smith is cool and convincing with or without that hair, but it’s there, hanging off his head, just to remind viewers born after 1995 that he’s open – or at least not against – weed-smoking (if not now, then some day). It likewise serves to reinforce the semi-fact that listening to reggae attracts the younger hotties. And Dre digs jamming to rappy cell phone tunes and doing “the robot” version of break-dancing-what better way to bag a 14-year-old babe?

With a pointless remake like this one, these things only have value when built into new faces and bodies designed to appeal to the youth. That’s all you have-the Karate Kid made over with new and fresh talent.

But on another note, I kept wondering: Would an easily-winded Chinese master working as a maintenance man even have to spend this much energy fighting bully kids? Better yet, how many kids are so ballsy as to fight adults? Let any authority figure tell them to run off and they’ll do it. It’s that way all over the world…except in movies that exist because of – or are inspired by – 1980s writing.

This Kung Fu maintenance man also knows ancient Chinese healing secrets that work instantly. Now all that’s missing is that flute-accompanied solemn meditation music and a red and white headband. But of course, Mr. Han speaks of “peace” and repeats words unnecessarily, like “focus.” And he is reluctant to teach young Dre anything at first. But it’s the Chinese gangs that are the funniest.

The gangs in China walk up to the girls they want to impress who are sitting in public areas, and say: “You should be studying!” instead of “You should go out with me!” That sounds like an American stereotype to me. Planet-saving Chinese and violin prodigies only confirm my suspicion.

Jaden Smith as the new Karate Kid isn’t as much of a hopeless wimp that Ralph Macchio was as the first one, and that works against the film. Jaden has his pride, but Macchio was really the kind of kid that gets beat up, not Jaden’s type. Jaden has too much charisma to be on the receiving end of bullying very often. You can look at him and tell.

The 1984 Karate Kid, from which the new Karate Kid emerges as a virtual clone, taught us that kicking ass with Karate was so, so freaking’ cool, regardless of the circumstances. Poor Chinese…they have tried to shake the stigma of everyone knowing and doing karate in gardens and nearly everywhere else, but the 80s wouldn’t have it. The 80s also gave us a fascination with bully payback. That fascination still remains today, and not just click here for more info.

What gets me is that here is a pretty Chinese girl, Meiying (Wenwen Han) taking what amounts to an unlikely interest in a foreigner, this black kid whose family puts little emphasis on learning the language of where they live. Dre’s friend, Harry (Luke Carberry) tells Dre: “You’re in China. It might be a good idea to learn to speak it.”

Also irking me-Audiences don’t deserve to see kids doing long, dramatic, slowed-down punches. The fight scenes do get better than the initial bullying showdowns, especially during the tournament. But the kicker is, why wasn’t Dre messed with back at home? Now, he’s in China as the picked-on foreigner that gets beat up and taken advantage of. The implication is supposed to be that he’s not a match because the Chinese know Karate and Kung Fu and all that jazz, and that makes them more dangerous than simple Americans who do haymaker swings and get their charge attacks dodged and stepped out of the way from. Another “bullshito” stereotype, I assure you.

Want facts? Fact is that Asians are the single most targeted class for muggings and hold-ups because of their small statures and lack of threatening instincts or training. They are far less likely to put up a fight. But this stereotype-relying re-make could care less. The martial arts thugs who wear what looks like polo shirts are supposed to be the best and baddest.

The entire movie is reduced to one emphatic sigh: “oh, gee whiz! A man can beat up bully kids and another kid can’t? Nothing big there! Get over it! It’s called growing up!” Instead of going to the principal to resolve the concerns about violence, Dre’s new trainer agrees to enter him into a tournament to fight martial arts bad-asses when the kid has no training. Doesn’t sound like a smart idea.

And Mother, Sherry Parker (Taraji P. Henson) is not very concerned with her son spending all this inordinate amount of time with an old dude who teaches martial arts, but with no other students. Hmmm. One bad accusation of inappropriate conduct could have done him in. People think about things like that in the 2000s. It was less than a passing concern in the 1980s.

The film was a do-nothin’ thumb-twiddler, the kind you play with while waiting to see the dentist. It adds nothing new and it’s not up to today’s standards. This mother moves the family to China for her career (whatever that was), but she doesn’t seem the type. She’s not too sharp and she doesn’t keep up with the signs of school bullying, a thing most successful, modern parents have gotten wise to. The movie never reaches its potential in what it sets out to do. Dre could have been sassier, more stubborn, and funnier.

Mr. Han, unlike Mr. Miyagi, is conflicted and not as at peace with himself as a master should be. At every turn, so many opportunities for spirited dialogue are missed where character nuances could have been added to augment the general thoughtlessness and cheap copying from the original.

The martial arts are said to be tools for building mental discipline and wisdom that affects all areas of life and living, but the bullies belong to a school of martial arts that openly spouts hatred, violence, and no mercy. Even the dojo instructor threatens with pain those who come into his establishment. Such is very unbecoming conduct of an established master.

Within the first hour of the film, every Chinese symbol is thrown in to make things more…”Chinese-y”? Yin-Yan symbols, Chinese housetops, mountains and valleys, and courtyards where uniformed practitioners of the ancient arts train, etc. They all love the color red, and some of them taunt cobra snakes on ledges where they could slip and fall to their deaths in the course of a routine exercise.