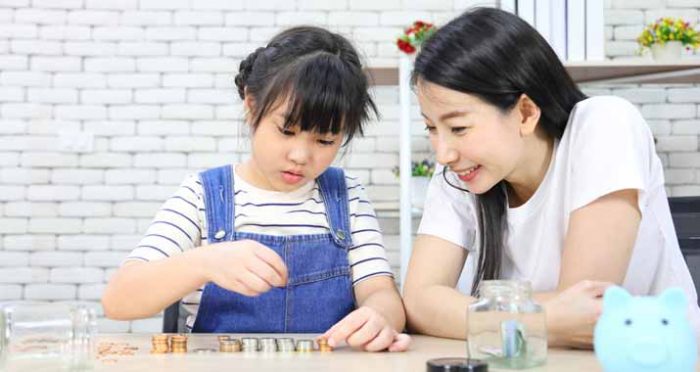 Before you consider sweeping away that spider web you found hidden in a corner of your basement, use it as a learning opportunity in your homeschool. A spider and its web can provide several learning activities across the curriculum. Here are a few.

Of course, the main emphasis in any group of lessons about spiders and their webs will be in the science class. Take your children down to the spider web each day. Have them keep a daily journal in which they describe the web and the spider, if they can see it. Make sure they record the date of observation and time of day. Encourage them to use precise words in describing the spider and its web. Some questions to ask:

How large is the spider? To what can you compare its size?
How large is the web?
Is the web damaged in any way? If so, is the spider in the process of mending it?
Is anything caught in the web? What?
Have them gently blow on the web. What is the spider’s reaction?
Have them try to identify what type of spider it is based on their observations. Do not have them try to touch the spider or its web since a spider may bite in self-defense. While not all spider bites are harmful, the child can have an allergic reaction to the venom received in a bite.

At the end of the unit, have your children combine their efforts and produce a research booklet based upon their observations and fact-finding.

Some great research books to use include Spider by Jason Cooper, Everything Bug: What Kids Really Want to Know About Insects and Spiders by Cherie Winner, Spiders Up Close by Robin Birch, Amazing Spiders by Alexandra Parsons, and The Magic School Bus Spins a Web: A Book About Spiders by Tracey West. Your local University Extension Service office may have an identification guide to spiders common in your area.

Not even you as a homeschool parent probably know how a spider fits into history lessons. Notable figures in history who were influenced by their encounter with spiders include David before he became king of Israel, Robert the Bruce (of Braveheart fame) of Scotland, and Mohammed the Islamic prophet. Any one of these people or events associated with them could be individual history lessons, find more about this.

Make riddles using “8”. (For instance, You get this two digit number when you multiply four by itself or double eight. What is it?)

Learn fractions equivalent to two-eighths, four-eighths, six-eighths, and eight-eighths by using food like pizza, pie, apples, or peaches or by making your own fraction wheels (circles divided into halves, fourths, and eighths).

Homeschool art projects involving spiders and their webs are only limited by the imagination of the students. Using glitter glue, have your children make a web on black paper. After the glue has dried, brush over the entire page with thinned out dark blue watercolor paint.

As part of their journals, have them draw the spider and its web in as much detail as possible.

Experiment with tie-dyed spider T-shirts. Using online instructions wind rubber bands around gathered T shirts in such a way as to make concentric circles on the fabric when they are dyed. After the shirts have been dyed and have dried, use puffy fabric paint in tubes to accent a spider web design.

Make a spider computer pet by gluing a large and a small pom-pom together and bending four pipe cleaners around the “body” to make eight legs. Glue on small googly eyes.

Children can use a pastry bag to pipe frosting in the design of a spider web onto cupcakes or muffins. Black icing blobs and licorice strings make a fine “spider” to finish the decoration.

Language arts lessons fit in well with a theme of spiders and webs. Spiders and their webs are the focus of several legends and stories. Have your children choose a legend or story to practice their story-telling ability.

After they read several of these stories, have them come up with a story or legend of their own with the spider as the hero.

Have them use each letter in the word “spider” to make lists of descriptive words to make their stories more interesting.

Take a fairy tale like “Jack and the Beanstalk” and retell it, writing a spider and its web into the story line.

The study of spiders is called arachnology and this word besides others like spinneret, cobweb, and pedicel can be part of a spelling lesson.

Have the homeschool students write a persuasive paper from the spider’s point of view explaining the benefits there are to allowing him to live in the basement.

Introduce graphic organizers to your children. A story web is a neat way to organize information about something your child reads. Your child writes the title and author of a book or story he is reading in a circle in the center of a blank page. Four lines radiate outward from the center circle. One line has a circle in which your child writes down the setting of the book or story. In another circle, he would note the characters in the story. The two remaining circles are for the problem or conflict in the story’s plot and what the solution or resolution was. A spider map has a central circle for the main topic with “legs” radiating outward for supporting details, an excellent way to map out a report before writing it. A cluster/word web is another way of organizing words or ideas.

Fictional books that you may consider reading aloud or having on hand for your homeschool children to read include Charlotte’s Web by E. B. White, the Miss Spider books by David Kirk, The Spider Who Never Gave Up by Travis Flores, Cobweb Christmas: The Tradition of Tinsel by Shirley Climo and Jane Manning, and the Anansi West African folk tales.

The next time you find a spider and its web try incorporating it into your homeschool lesson plans.